Twitter Gadget is an app that you can use in iGoogle, GMail or as a stand-alone app. It is very easy to use and works well. I actually like using it in iGoogle over the Twitter home page.

It's free and the site has easy instructions and references on how to use it. 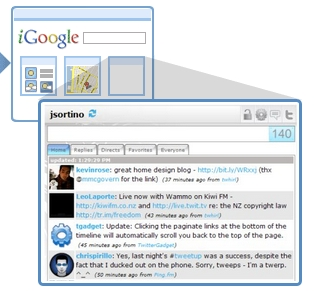 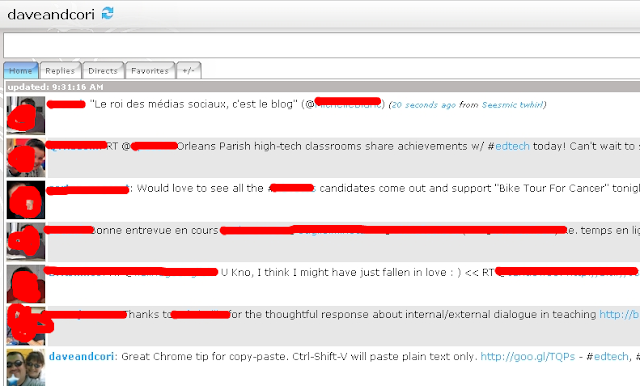 It's a great resource and I use it even when Twitter isn't blocked.


TweetDeck and Tweetdeck's web app also work if Twitter is blocked and are both very powerful!