Adobe Creative Cloud is Adobe's online suite of apps, including Photoshop, Illustrator, and InDesign. Today they announced some major updates, including the support for 3D printing, which is really cool, especially considering how popular 3D printing is becoming. 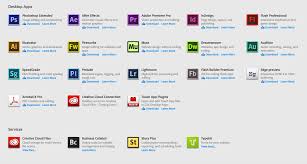 Posted by David Andrade at 4:17 PM